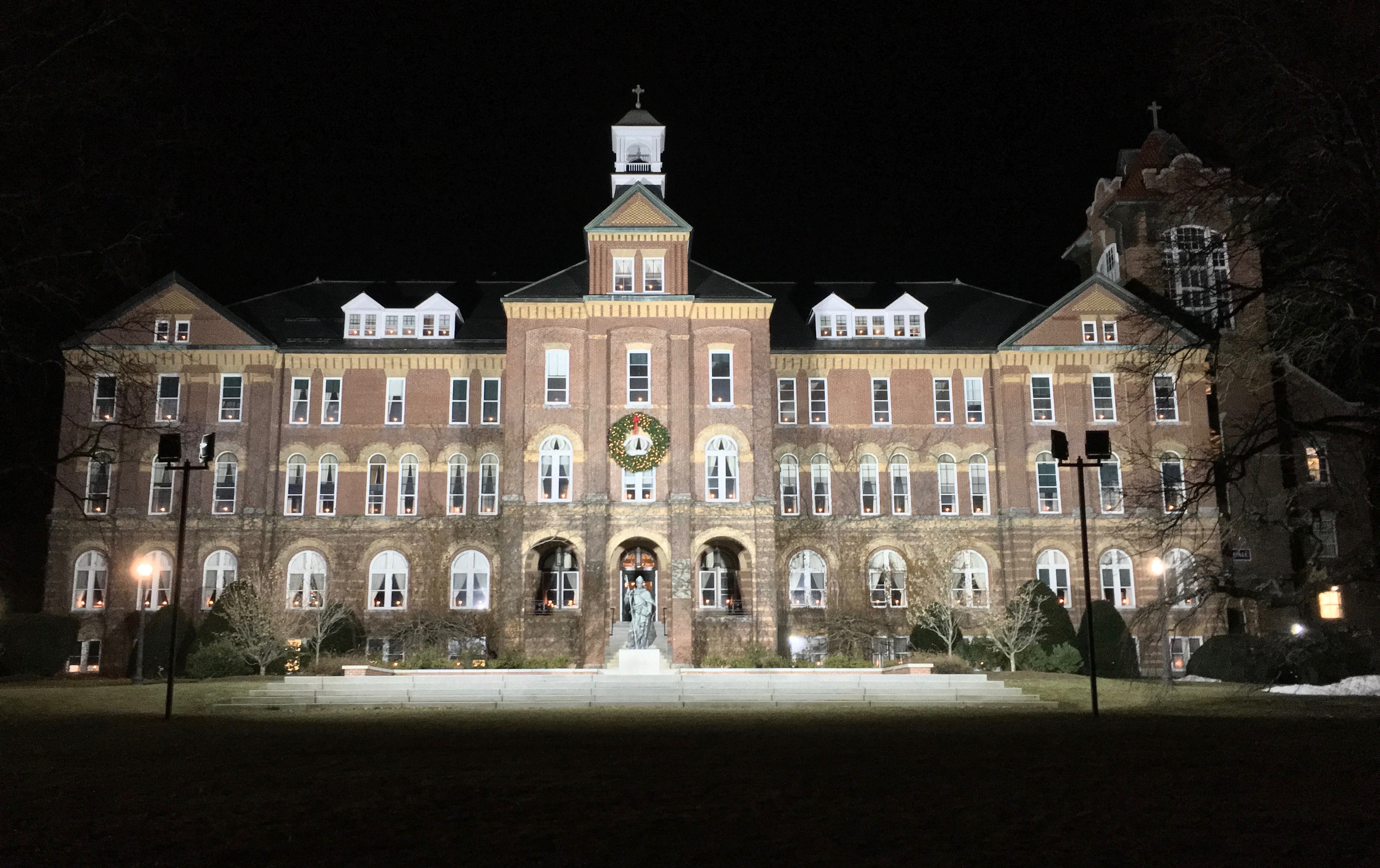 One of the most treasured Christmas customs we keep at Saint Anselm Abbey is the Blessing of the Crèche, the Nativity scene that recreates in miniature the setting of the birth of the Lord Jesus Christ. The monks prepare the manger as part of the decoration of the Abbey Church, then during Vigils on Christmas Eve, the Abbot intones the prayer and blesses the crèche with holy water. He kneels in prayer with his brother monks, all of us surrounding the scene for a few moments. Frequently, throughout the Christmas season, monks, young and old, will spend time opening their hearts to Christ as they kneel, sit, or stand before the crèche.

At the center of the scene one finds three faces: that of Joseph, who gazes on the miraculous birth of this child with awe, ready to guard the newborn Infant King and his holy mother; that of the Blessed Virgin Mary, who beholds in wonder the Divine Child begotten of the Holy Spirit; and that of Jesus himself, who shines with a radiance destined to illumine the entire world. The face of the infant Jesus, so beguiling, will one day look with compassion on the blind, the deaf, the dumb, the leprous, the poor and the grief-stricken. Later, that same face will bear the marks of scourging, the bruises from having been struck, and the blood of wounds. On the morning of the third day after his death, that face will again be radiant with the light of the Resurrection, a light meant to lift up and embrace each one of us. All this began in a lowly manger in Bethlehem of Judea.

I do not know fully what my brothers pray for as they come before the Blessed Sacrament, or the Nativity scene, but I do know they pray for each of you – our students, faculty, staff, alumni, neighbors and friends. At this moment in our world, our nation, and our own community, we so long to resolve the issues and concerns that divide us, and, too often cause conflicts among us. With prayer we can change the heart, and once the heart is open, wonder begins! The face of the Infant King does that. He disarms us and transforms us. May each of us look upon him with the loving eyes of Mary, and the attentive eyes of Joseph, so that the face of one “shivering in the night,” warmed by swaddling clothes and His Mother’s embrace, will “bring us goodness and light”!

May the Infant Jesus make his face to shine upon ours and lead us to wonder, reconciliation, peace and joy! A Blessed Christmas and a Happy New Year to all of you from the Benedictine community of Saint Anselm Abbey!