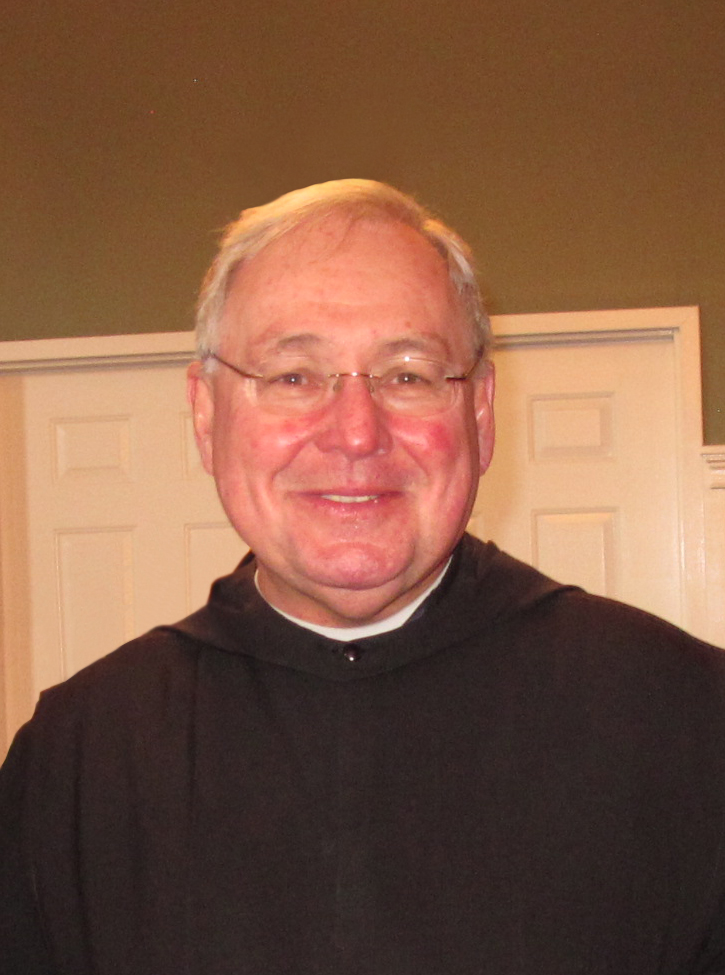 The Rev. William Joseph Sullivan Jr., O.S.B., 74, a longtime educator and administrator at Saint Anselm College, and leader within Saint Anselm Abbey, died early Wednesday, June 5, 2019, at Mount Carmel Nursing Home, Manchester. He suffered a serious stroke in 2014 and had been a resident at Mount Carmel for several years.

“From the moment of his debilitating stroke, Father William was greatly missed by his community,” said Abbot Mark Cooper, O.S.B. “He was always present at prayer, the Eucharist, and community meals and recreation. His faithfulness and constant good humor, as well as his wisdom, had a very formative impact on our monastery which has been sorely missed by all his confreres. He was a model of fidelity to our vowed life and always an uplifting presence within our daily life together.”

Father William earned his A.B. degree magna cum laude in philosophy from Saint Anselm College in 1967, pursued theological studies at Saint Anselm Abbey Seminary, later studied history at Boston College, and earned a M.Div. degree from Drew University in 1970. In August of that year, he was ordained a deacon. After completing course requirements, research and a doctoral dissertation titled Gustavus Vasa Fox and Naval Administration, 1861-1866, Father William earned his Ph.D. degree in history in 1977 from The Catholic University of America (CUA), Washington, D.C. Fox was Secretary of the U.S. Navy during and immediately after the Civil War. Earlier, in 1974, Father William earned a M.A. degree in history from CUA.

Father William was ordained a Roman Catholic priest in the Order of Saint Benedict by the Most Rev. Ernest J. Primeau, S.T.D., late bishop of Manchester, on March 20, 1971, at Saint Anselm Abbey Church.

Father William served on the faculty teaching courses in American history, with particular interest in the Civil War period and Irish immigration, as well as in the longtime two-year humanities program, Portraits of Human Greatness. At various times, he served as acting chair and chair of the Department of History, as well as chair of the Department of Theology. He was assistant professor in the Department of History until his retirement. He was the director of the Bean Foundation Lecture Series and served on the scholarship and student aid, student health, curriculum and promotions committees, as well as on the steering committee for the college’s 1978-1979 re-accreditation by the New England Association of Schools and Colleges.

Father William was dean of students, dean of freshmen and assistant dean of academics at Saint Anselm. For a number of years, he was a member of the college’s monastic governing board, and later, its board of trustees. He was co-chair of the Saint Anselm College Centennial Committee in its preliminary years.

Within the abbey, Father William was archivist, secretary of the chapter, novice master and sub-prior. In 1982, the Most Rev. Joseph J. Gerry, O.S.B., retired bishop of Portland, ME, at the time abbot of Saint Anselm Abbey, named Father William prior, second only to the abbot in authority and leadership. He was prior until 1985, when he was assigned to Woodside Priory School in Portola Valley, Calif., where he served as prior of the King Saint Stephen Priory until 1998, the Benedictine monastery at Woodside. He also served as President, Headmaster, and as a history teacher in the school. After his return from the West Coast in 1998, Father William returned to the office of prior of Saint Anselm and continued to teach in the Department of History at Saint Anselm College. He served as Prior until 2005. He retired from teaching in 2014 following a stroke, which left him unable to speak in anything but short answers.

In 2016, Father William was honored by a group of history majors in the graduating class who sent him appreciative recollections, during senior week, of their time with him in various classes.

He undertook weekend ministry at various times throughout New Hampshire, especially at Our Lady of the Lake Parish, Lakeport, in the 1970s.

Prior to his stroke, Father William played an integral part in the “Being Catholic and Benedictine” initiative at Saint Anselm College. During a sabbatical in Ireland, Father William studied in Dingle, County Kerry, and visited historical sites throughout the country. From his research there, he developed a popular history course on Irish immigration to the U.S. in the 19th Century. He also participated in a monastic renewal program in Rome.

In addition to his brothers in the Benedictine monastic communities at Saint Anselm and Woodside, he leaves his brother, Michael and his wife Anne-Marie, of Hopkinton, MA; his sister, Mary (Sullivan) Sullivan and her husband, Neil, of Holyoke, MA; five nieces and nephews; and several great nieces and nephews.

Father William’s body will be received by the monastic community Tuesday, June 11, during daytime prayer in the choir area at the Saint Anselm Abbey Church. Calling hours will be from 12.30 to 8 p.m. in the choir area of the abbey church. A Liturgy of Christian Burial will be celebrated Wednesday, June 12 at 11 a.m., in the Abbey Church with the Rt. Rev. Mark A. Cooper, O.S.B., abbot of Saint Anselm Abbey, as celebrant and homilist. Burial will follow in Saint Leander’s Cemetery, the monastic cemetery on the grounds of the abbey. A luncheon for family and friends will follow the interment at Davison Hall on the college campus. Friends who wish, may make contributions to Saint Anselm Abbey. Lambert Funeral Home, Manchester, is in charge of arrangements.