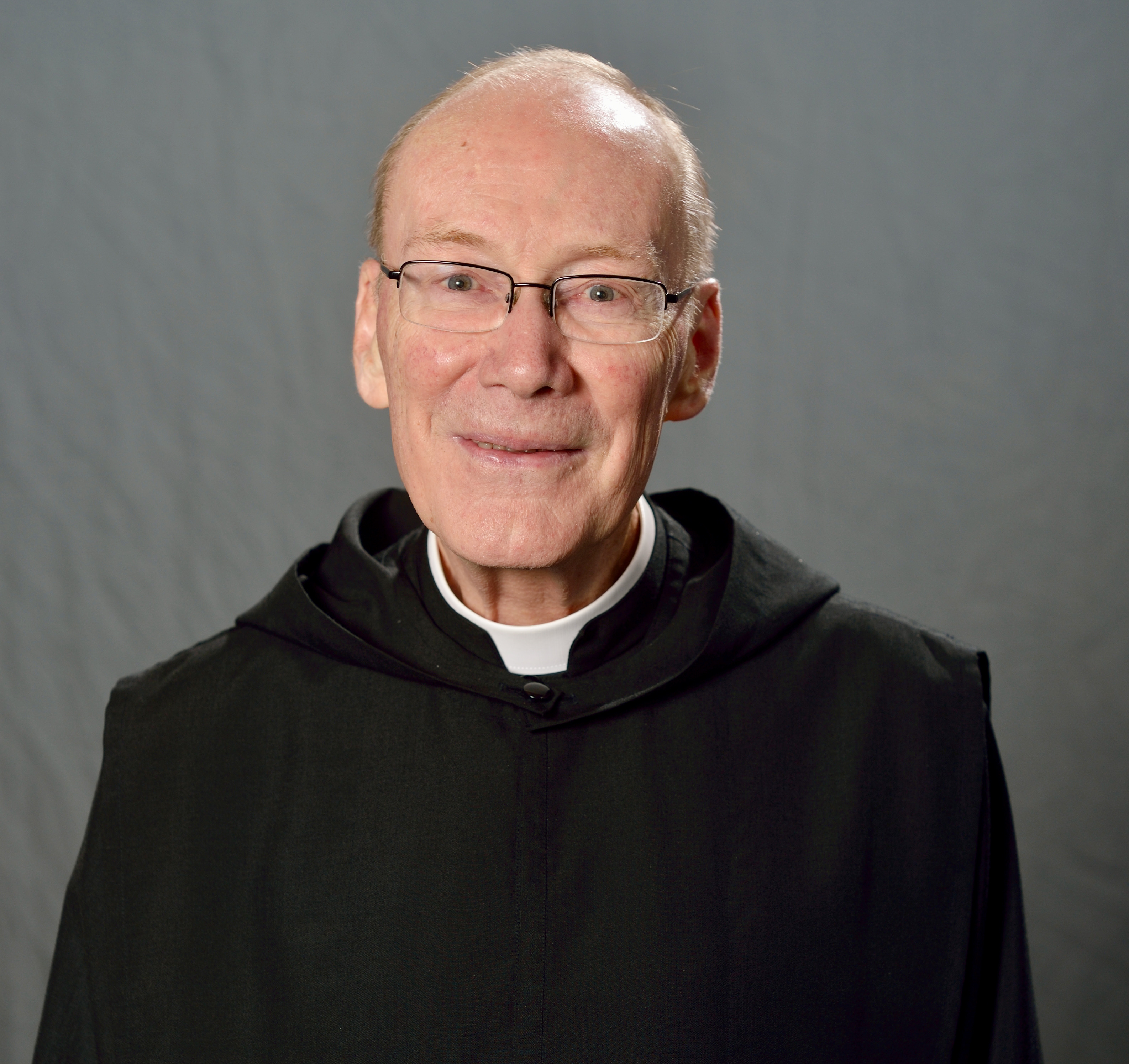 The Rev. Peter John Joseph Guerin, O.S.B., 85, longtime Dean and theology professor at Saint Anselm College, and monastic superior at Saint Anselm Abbey, Goffstown, died in the early morning hours on Friday, July 9, 2021, at Mount Carmel Nursing Home and Rehabilitation Center, Manchester, where he had been a patient for some months. Father Peter, a native of Worcester, MA, was born March 23, 1936, the second of five children of the late John J. and Ellen V. (Buda) Guerin. He was educated at Sacred Heart School, Worcester. Following graduation from Saint John’s High School, Worcester, in 1953, he entered the College of the Holy Cross, Worcester, receiving his B.A. degree in English in 1957.

Father Peter undertook theological studies at Saint Anselm Abbey Seminary, and was ordained a Roman Catholic priest on May 23, 1963, by the Most Rev. Ernest J. Primeau, late bishop of Manchester. He celebrated his first Solemn High Mass at Sacred Heart Church, his home parish in Worcester.

He continued his education, receiving a licentiate degree in sacred theology in 1966 from Saint Paul’s University, Ottawa, Canada, and a master of theology degree from the University of Ottawa. He went on to l’Institut Catholique in Paris, receiving a licentiate degree in liturgical studies. At Saint Anselm Abbey, he served as novice master from 1971-1977 and from 2016-2018, junior master from 1968 to 1977, subprior from 1972-1977 and from 1986-2019, and chaplain to the French-speaking Sisters of Joan of Arc, who served the college and Abbey. At the Abbey, Father Peter served as an organist from his arrival in 1957 until his health precluded such work.

He served on numerous committees for the monastery, college, Diocese of Manchester, including its Presbyteral Council, as well as serving the American-Cassinese Congregation of the Order of Saint Benedict. In the college, Father Peter taught courses in biblical, sacramental, and monastic theology, as well as teaching liturgical studies at Saint John’s Seminary, Boston. He also worked in the college’s administration, and for a quarter century, from 1977 to 2002, was the Dean of the college, its chief academic officer.

Father Peter won universal praise as a tireless advocate of the college’s liberal arts foundation. He helped oversee establishment and implementation of its nationally recognized Portraits of Human Greatness program, which was the foundation for the curriculum for three decades. Upon his retirement as Dean, Father Peter was recognized by the trustees of the college with an honorary doctor of letters degree, on May 18, 2002. The citation read, in part:

“A tireless voice for excellence in every area of academic life, Father Peter has spent the last 25 years working steadily to build an outstanding faculty composed of women and men devoted to the liberal arts and sciences as teachers and researchers. He has called every constituency of the college to be committed to high standards of excellence, certainly in order to build up the academic reputation of the college, but even more importantly for the profound good of the students who come to us. Through all these years, he has built strong and deep relationships with colleagues on the faculty and staff, sometimes helping them in ways that only he and they will ever know. Always the monk, Father Peter has been an unparalleled champion and model of fidelity to the daily routine of the monastic life, demonstrating in his own life the very Benedictine combination of the love of learning and desire for God.”

The Mass of Christian Burial will be livestreamed.  You can access the livestream at here: https://www.saintanselmabbey.org/news-events/news/abbeys-livestream-mass

As his confreres were preparing for morning prayer, and fortified by the sacraments of the Church, Father Laurence Joseph Schlegel, O.S.B. entered into the mystery of eternal life in Christ on June 27, 2021.